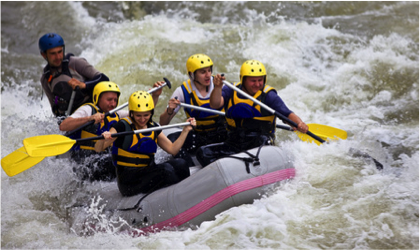 Let’s face it: the words “cancer” and “adventure” hardly belong in the same sentence, but, after what we experienced with my husband’s cancer, they just might.

My husband’s particular type of bladder cancer would not respond to chemotherapy. Though terrifying at first, this “obstacle” turned out to be a blessing in disguise as it forced us to explore alternative treatments. What we discovered was nothing short of amazing.

Cancer likes a low-oxygen environment and plentiful oxygen can destroy it. High doses of intravenous vitamin C have also proven to kill cancer cells. When the two are used in combination, the oxygen converts to hydrogen peroxide, sending an even deadlier blow to affected areas, while leaving normal cells unharmed. This is unheard of with traditional treatments. 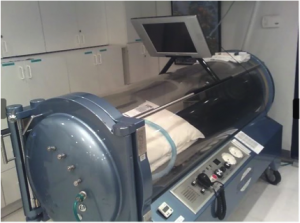 To get his treatments, we would drive 85 miles round trip to the medical facility. My husband would lay quietly in a Hyperbaric chamber where the 100% pure oxygen was delivered. He was able to sleep, meditate or watch a movie for 90 minutes. Afterwards, he received two full bags of intravenous vitamin C while resting comfortably in an armchair. No stress, no pain and all healthy protocols.

Because of my husband had undergone surgery to remove a small tumor, Class IV Laser Therapy was used in conjunction with the vitamin C and Hyperbaric Oxygen treatment. Laser therapy sends infrared light in the form of photons to the tumor or affected site causing the blood and lymphatic vessels to dilate. This dilation makes the target area hyper receptive to Vitamin C and oxygen via the blood supply, which, in turn, hinders cancer growth. It also increases circulation of the lymph system that helps eliminate toxicity in the body. Eliminating toxins is hugely important and beneficial. 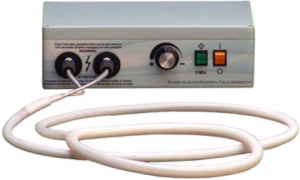 The combination of these four treatments lasted about four hours. My husband never experienced any negative side effects except a little fatigue, but this had more to do with squeezing the treatments into a hectic work schedule rather than with the therapies themselves. In actual fact, the treatments were fortifying and helped boost his immune system.

We worked with two different doctors and treatment centers. Both physicians knew and approved of the therapies each was administering, and we believed there was wisdom in doing both.

Our final treatment was the BCG. In some countries, BCG is used as a vaccine to provide protection against tuberculosis. It also is used to treat early-stage bladder cancer and prevent recurrences. The fluid is administered into the bladder via a catheter and causes inflammation of the bladder walls. The inflammation stimulates the bladder’s own an immune response so it can destroy the cancer cells within. My husband did this treatment for several weeks.

We cannot overstate the importance of the right nutrition when dealing with cancer. Nutrition has played a huge role in keeping up my husband’s vitality and strength both during his treatments and to this day to maintain his health. We’re convinced that it’s also helping reverse the causes and conditions that led the cancer in the first place.

Our faith in God, as well as the encouragement and prayers from friends and family contributed in profoundly meaningful ways throughout our ordeal. Indeed, we felt that, in many ways, we were carried on the wings of eagles. We celebrate and honor all of them beyond what words can express!

After months of therapies and biopsies, we husband was declared cancer-free. It was an electrifying moment we will never forget. He is still healthy and whole to this day, and feeling better than ever.

If you would like to know more about these integrative treatments, I encourage you to read about them my book “Healed, Healthy and Whole, How We Beat Cancer with Integrative Treatments and Essential Healing Strategies” (www.healedhealthyandwhole.com).

I pray it will prove a lamp to your feet and a light to your path.

Trust in the Lord with all your heart
And lean not on your own understanding.
In all your ways acknowledge Him,
And He will make your paths straight.
Proverbs 3:5-6

How Nutrition Can Help Beat Cancer

Giving Thanks for Life!

Two Cancer Tests That Could Save Your Life

Two Cancer Tests That Could Save Your Life4613 Views

The Day of Your Deliverance4474 Views